Meso Fine
I'm an Astrologer doing research beyond the normal realm of human daily life. I connect with the other side of life through life long guide. Many things have I been able to see clearly. So writing here for you to consider. May your life be fulfilling.

Where will you be? What will you do?

This is one of the best times to join in the heart felt, honest concern for a global action, from the citizens of the world to have a healthy home to live on...

So if you would like to know more about this take a look over here.
Posted by Meso Fine at 6:54 AM No comments:

What is in store for us?

My friend has a lot of insight

you may even like it, or take the advice and gain...
Posted by Meso Fine at 9:20 AM No comments:

Email ThisBlogThis!Share to TwitterShare to FacebookShare to Pinterest
Labels: Astrology

This is truly an amazing car.

Impressed? Totally, after you have read all the details below about the hi-tech and
space-age material input into this care !!!

Truly the most Economic Car in the world . Must see and read to the end and
please comment !!!! more...
Posted by Meso Fine at 11:32 AM 2 comments:

Email ThisBlogThis!Share to TwitterShare to FacebookShare to Pinterest
Labels: Conservation

Dallas is researching a peace project, one that actually has worked and is scientifically provable in results. For the best thing to do, find this interview and check out what you may be able to do, to help with meditations from where you are located anywhere it the world.

Together we can do something about world peace with out fighting...

see the interview here...
Posted by Meso Fine at 7:43 PM No comments:

Email ThisBlogThis!Share to TwitterShare to FacebookShare to Pinterest
Labels: Peace 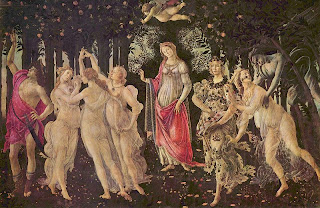 Everyone understands the power of nature and her pull on the interests of humans. This is "Primavera" by Sandro Botticelli or "Spring" painted in the 1400's for the Medici family:

"Venus is standing in the center of the picture, set slightly back from the other figures. Above her, Cupid is aiming one of his arrows of love at the Charites (Three Graces), who are elegantly dancing a rondel. The Grace on the right side has the face of Caterina Sforza, also painted by Botticelli in a famous portrait in the Lindenau Museum as Catherine of Alexandria. The garden of Venus, the goddess of love, is guarded on the left by Mercury, who stretches out his hand to Touch the Clouds. Mercury, who is lightly clad in a red cloak covered with flames, is wearing a helmet and carrying a sword, clearly characterizing him as the guardian of the garden. The messenger of the gods is also identified by means of his winged shoes and the caduceus staff which he used to drive two snakes apart and make peace; Botticelli has depicted the snakes as winged dragons. From the right, Zephyrus, the god of the winds, is forcefully pushing his way in, in pursuit of the nymph Chloris. Next to her walks Flora, the goddess of spring, who is scattering flowers, presumably modelled upon Simonetta Vespucci. " credits

Deep in the human nature is the joy of spring. People from all over the world celebrate spring in the own ways:

Mesopotamia: Akitu and Tammuz
Akitu (Sumerian Akiti-šekinku "cutting of barley", Akiti-šununum "sowing of barley", Babylonian rêš-šattim "head of the year") was a spring festival in ancient Mesopotamia. The name is from the Sumerian for "barley", originally marking two festivals celebrating the beginning of each of the two half-years of the Sumerian calendar, marking the sowing of barley in autumn and the cutting of barley in spring. In Babylonian religion it came to be dedicated to Marduk's victory over Tiamat.

Nowruz
The first day of spring is the beginning of the new year, Nowruz, in the Afghan calendar. Nowruz (also Naw-Rúz, Norooz, Newroz, Navroj, and many other variants) marks an important traditional holiday festival celebrated in Afghanistan as well as in many other countries such as Azerbaijan, [Iran]] and Tajikistan,

Nowruz
The first day of spring is the beginning of the new year, Nowruz, in the Iranian calendar. Nowruz (also Naw-Rúz, Norooz, Newroz, Navroj, and many other variants) marks an important traditional holiday festival celebrated in Iran as well as in many other countries with a significant population from one of various Iranian peoples, such as Azerbaijan, Afghanistan and Tajikistan, and by Kurdish communities in Turkey and Iraq and elsewhere.

May DayFurther information: Beltane
May 1 is the date of several public holidays.[1] In many countries, May Day is synonymous with International Workers' Day, or Labour Day, which celebrates the social and economic achievements of the labour movement. As a day of celebration the holiday has ancient origins, and it can relate to many customs that have survived into modern times. Many of these customs are due to May Day being a cross-quarter day, meaning that (in the Northern Hemisphere where it is almost exclusively celebrated) it falls approximately halfway between the spring equinox and summer solstice.

Easter
Easter is the most important religious feast in the Christian liturgical year.[2] Christians believe that Jesus was resurrected from the dead three days[3] after his crucifixion, and celebrate this resurrection on Easter Day, two days after Good Friday.

Chinese New Year
The Chinese Spring Festival is the most important of the traditional Chinese holidays. It is often called the Lunar New Year, especially by people in mainland China, Taiwan, Singapore and Malaysia. The festival traditionally begins on the first day of the first month (Chinese: 正月; pinyin: zhēng yuè) in the Chinese calendar and ends on the 15th; this day is called Lantern Festival. Chinese New Year's Eve is known as Chúxī. It literally means "Year-pass Eve".

Indian Spring Festival
Holi The most vibrant festival of colours celebrated by Hindus in India .People throw water and apply colour powders on each other.Vasant Panchami :celebrated in North India

This will give us some idea of how much we enjoy spring. We really do 'want' things more in the spring time as the force of nature is to expand. A good time to activate the the Law Of Attraction, but for many it just doesn't work...

See Tiger Swami post today for a possible cause and solution so you may attract to you, your hearts desire...
Posted by Meso Fine at 1:16 PM No comments: 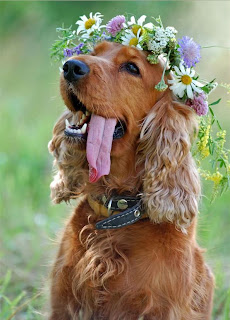 Happy Day Celebrate Spring in Your Way !
From your friends at the www.HolisticRadioShow.com

Playful
Peace...
Posted by Meso Fine at 8:55 AM No comments:

Email ThisBlogThis!Share to TwitterShare to FacebookShare to Pinterest
Labels: Vigilance

Putting up the foundation or laying the foundation is the fist step in any project creation.
It may be a circle, rectangle, a octagon, or other shape, but it must first be a square.

this way it may be aligned properly to the heavens and the earth.
Now that is drawn, the actually foundation may be laid, and built upon in any shape you wish.

You're in great shape said a friend to another ! ... if round is a shape!

Health has a foundation as well. Our skeletal system, our cellular system on all levels must have a foundation to be healthy. They even respond to conscious direction.

This is inner foundation means all the nutrients necessary for a healthy cell, all 12 Cell Salts, in correct proportions - some burn faster than others; correct elimination of waist products; digestive enzymes to properly convert the food we eat. Teeth need to be healthy and your diet will help them or hinder them...

Once you have a healthy foundation -4 small square meals, or balanced digestible and eliminate-able food daily; you will have your health. Meditation and exercise are part of the foundation as well. Ok you got it?

Great now you can go out an create what you want...